To view sample pages from the builders manual, click the button to open a PDF.  Click Here

The airframe is constructed by joining pre-molded composite skins using a structural adhesive and / or a two-part epoxy resin. The resin chosen for our kits is the result of extensive experience with composite aircraft construction. The two-part epoxy resin system dispenses using a pump to minimize contact with the resin and eliminate the requirement to measure the components by hand. Because of their longer pot life, structural adhesives allow for plenty of working time when joining the larger airframe parts or closing-out structures.

Because the large pre-molded airframe components are quite rigid, only two simple fixtures are required for assembly of your Kit – one for the wing assembly, and one for the horizontal tail assembly. These fixtures are constructed primarily from plywood / particle board and two by fours, and are fully described in the assembly manual.

The Radial Rocket/P85 fuselage is composed of left and right halves, which include the vertical fin skins. Pre-molded dorsal and ventral joggles enable easy alignment for joining the fuselage halves. Accurately molded joggles are recessed into the fuselage skins helping to insure a perfect flush fit for the cowling, and windshield / canopy plexiglass. Molded in longerons, consisting of unidirectional carbon fiber material, help to insure a stiff, strong fuselage structure.

The Radial Rocket and P85 were designed with a fixed windshield to enhance safety, and a sliding canopy for ease of operation. Stout positioning pins engage teflon-lined receivers at four locations to ensure canopy retention in flight, as well as ensure a tight, positive seal. A perfect fit of canopy to fuselage is achieved by cutting the canopy frame from the fuselage shell itself. A simple canopy latch, operable with one hand, locks the canopy closed in flight. The latch is operable from both inside and outside of the cockpit.

The firewall consists of a honeycomb core panel, bonded in place, protected by a fire-barrier ceramic fiber layer, which is in turn covered by stainless steel sheeting. A fire-barrier caulk is used to seal seams, wire bundle pass-throughs, etc. A very important aspect of material selection for the Radial Rocket/P85 is that of flame resistance – nearly all of the Radial Rocket airframe materials are fire resistant and self-extinguishing.

The instrument panel materials, consist of aluminum sheet and aluminum reinforcing angles. The simple process by which the builder can fabricate custom side consoles (as we did for our Radial Rocket and P85) is described in the instruction manual. Panel space and cockpit layout provide room for a full complement of IFR avionics.

The Radial Rocket/P85 one-piece wing incorporates one-piece forward and aft I-beam spars, allowing the wing structure to be strong, light and uncomplicated. The wing is delivered with both spars complete and installed. The builder then cuts ribs from the supplied honeycomb flat panels and bonds the ribs into the lower wing skin (The wing is built upside down in the wing fixture). Pre-molded flap and aileron skins are provided in the kit. Assembling the flaps and ailerons in place on the wing fixture ensures an accurate airfoil shape with perfect alignment of the wingtips, flaps and ailerons. Following installation of the flap and aileron actuating hardware, and prior to wing close-out, fuel storage areas are sealed with a two-part epoxy fuel sealer, applied with a brush. For structural advantage and safety reasons, all fuel is stored in the wing.

The wing features pre-molded wingtip flanges for flush installation of the wingtips. Pre-molded leading edge recessed flanges allow for a laminated leading edge reinforcement to be applied, resulting in a tough, impact resistant leading edge. This same technique applies to the leading edges of the vertical tail and horizontal stabilizer as well.

The Radial Rocket and P85 use a conventional 3-axis, dual control stick system for pitch and roll, and rudder pedals for yaw. A torque-tube assembly is installed in the wing during wing construction for activation, via push-pull tubes, of the ailerons and elevators. A hanging rudder pedal system incorporates cables for rudder control. The pilots’ rudder pedal assembly incorporates the hydraulic brake master cylinders. Spherical bearings are used at numerous locations throughout the control system to provide for smooth, accurate control inputs. Ailerons, elevator and rudder are 100% mass balanced.

The Radial Rocket/P85 horizontal stabilizer and elevators are formed in separate molds, with the elevators incorporating rounded leading edges and pre-molded mass balance counterweight arms. The horizontal stabilizer / elevator assembly is built in a simple wooden fixture, ensuring accuracy and alignment. Spars and ribs are cut from pre-made flat panels, and are bonded to the lower skins. Because the construction of the Radial Rocket/P85 is really a rather simple process, exotic tools and tooling fixtures are not required. Most of the work involves the cutting, fitting, laminating, trimming and drilling of components. Laminating is generally accomplished with a one or two-inch brush which is used to wet out dry fiberglass cloth. The cloth is most commonly used in two-inch wide strips that are used as angle laminates to join ribs to wing skins, etc. An important advantage of the epoxy system chosen for the Radial Rocket/P85 kit is enough working time to allow for use of the “plastic sandwich” laminating technique. In this technique multiple layers of dry cloth are saturated with resin, between clear plastic sheeting, cut into strips and applied to the structure to be joined. It is much easier to saturate cloth on a tabletop as opposed to upside-down or overhead inside the aircraft.

A review of award winning aircraft at various airshows illustrates that prior aircraft building experience is not a pre-requisite to build a high quality Radial Rocket or P85. Much more important is your own sense of craftsmanship, and ability to see the whole as a series of cumulative production steps. With our Build Support options, we can assist you in tailoring a customized Radial Rocket build experience. 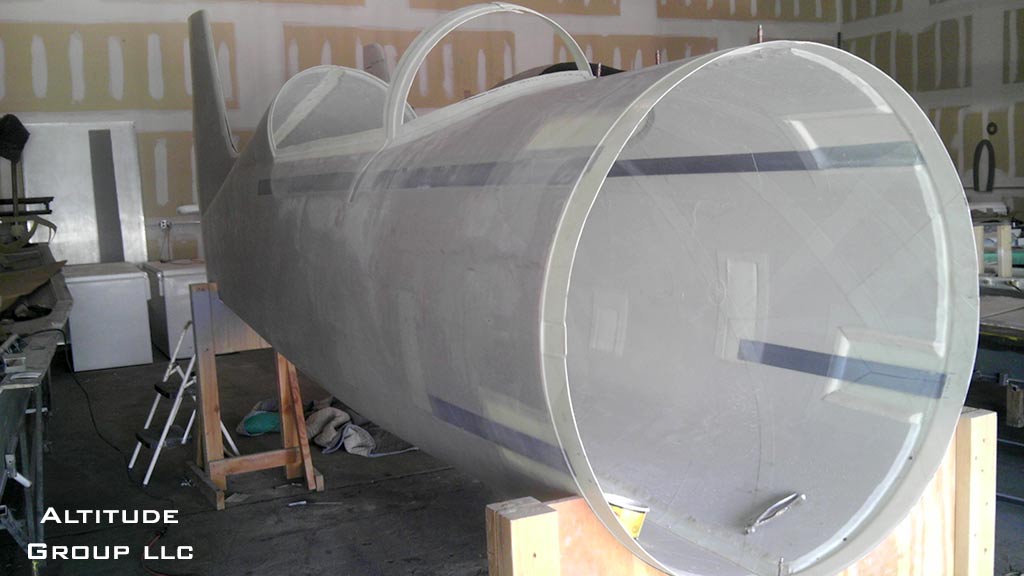 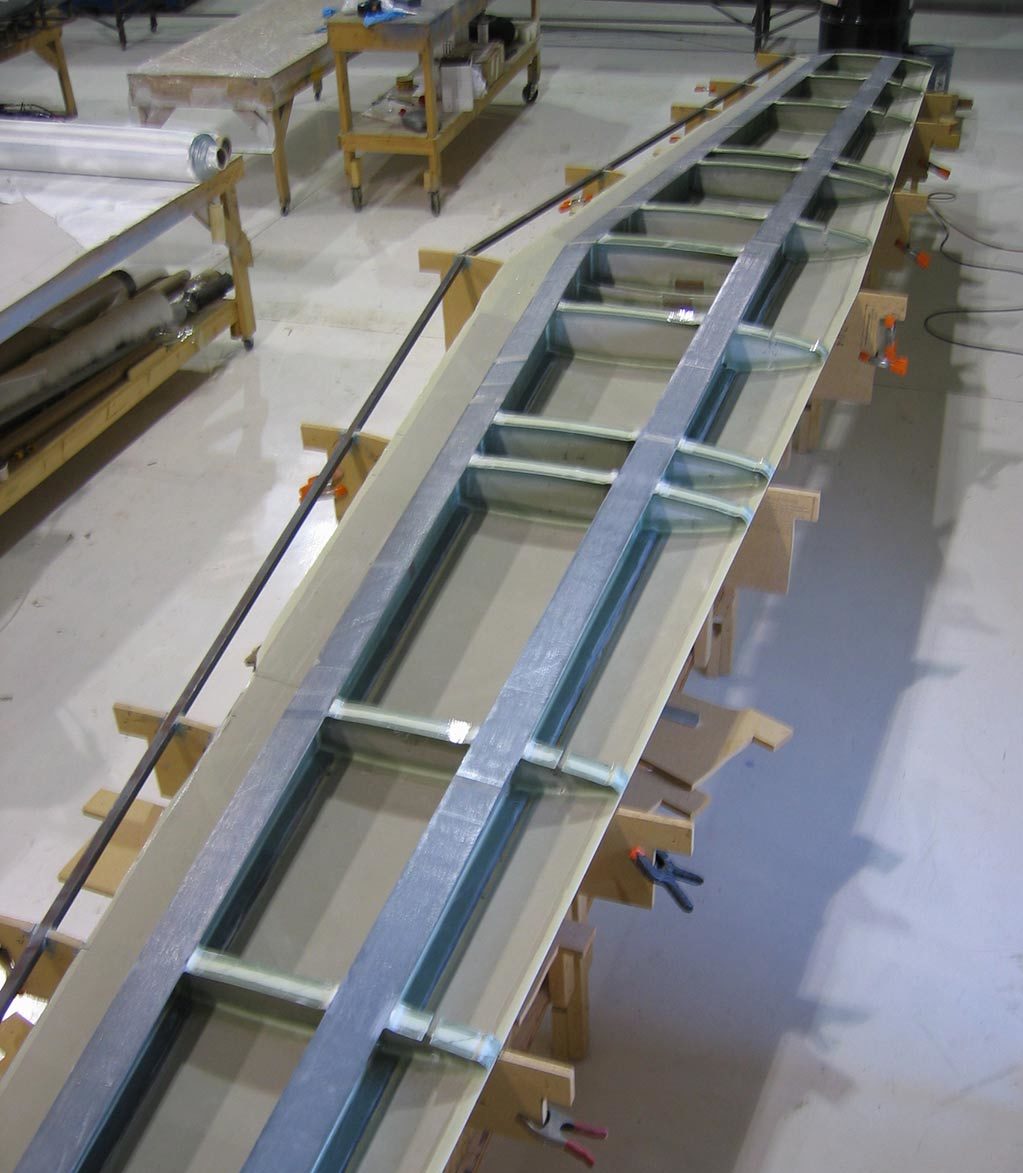 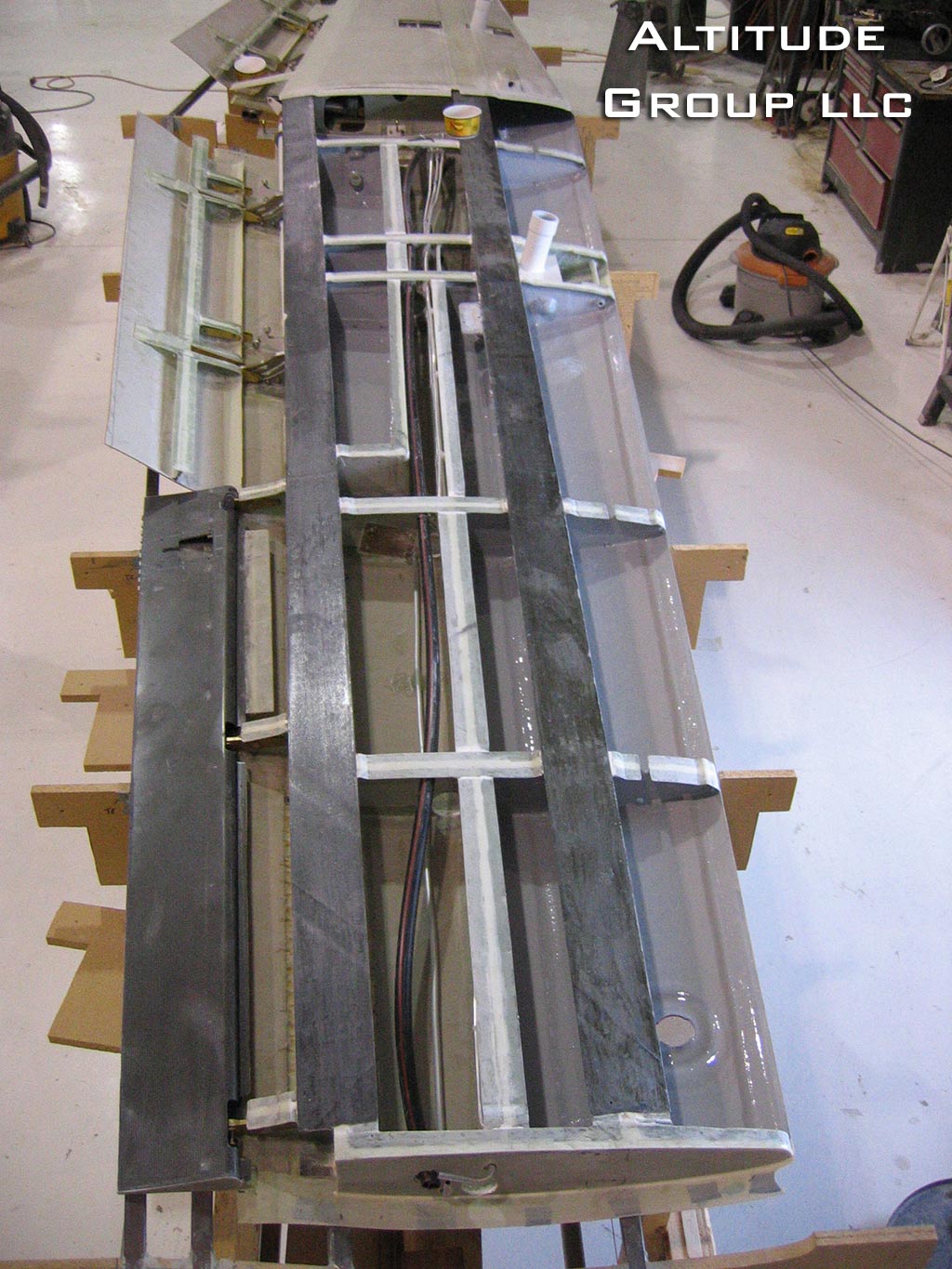